Our club medic, Blažej Zdravonožka, and his passion for collecting butterflies, is largely responsible for the September sock pattern. Our councillors’ bodies were still badly bruised and wounded after the heated discussion over last month’s pattern. The quackery of Mr Blažej seemed to be a perfect remedy for such injuries. However, once Blažej sensed the increased interest in his services, he decided to use this opportunity in order to implement his own plan, i.e. to create a sock pattern inspired by the Peacock butterfly. A small circle in the middle of a bigger one would do the magic. He consistently foisted this idea on all councillors who visited his infirmary. It was not such a bad idea for the September pattern at all. However, it was necessary to show the quack who is really in charge of making decisions regarding sock designs. Such important decisions can only be made by the Council, not in the Club's infirmary. Hence his idea with circles was complemented by thin yellow lines. 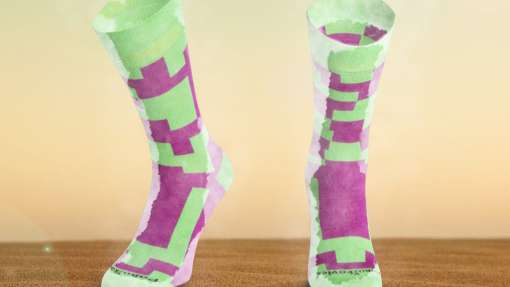 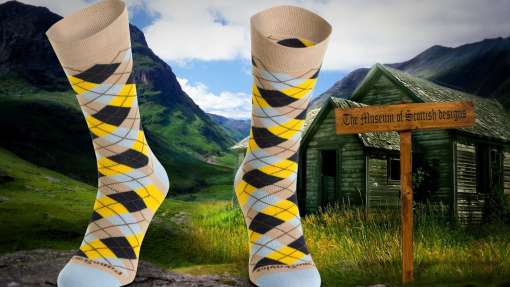